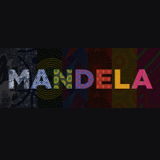 TO LIVE PRESENTS MANDELA HAPPENING IN THE GALLERY

The Exhibition for Everyone Who Refuses to See the World in Black and White. When Nelson Mandela was freed after 27 years in South African prisons, his first state visit was to Canada. Such was his affinity for our values and support. We made him our nation’s first living honourary Canadian citizen. Now, TO Live presents an exhibition to honour him again.

Follow Mandela into hiding after he is declared an outlaw, and join him inside a replica of the tiny cell that was his home.

Learn how the architects of apartheid took pages from Canada’s own history.

And discover the strength of Mandela’s determination.

Witness children defending themselves from tanks with garbage can lids, and learn of the secret plan to break Mandela out of prison.

See how Mandela’s humility and tolerance inspired the world to come together and oppose apartheid, including Canadians who joined the fight for equality.

And know your own courage to speak out, for “fools multiply when men are silent.”

Be inspired by Mandela’s kindness and capacity for foregiveness. Experience his hope for a better world, in which freedom, justice, and dignity were valued for all people.

And see why Mandela’s values must continue to guide our choices today.

Only Until January 5
Tuesday and Wednesday 1pm–6pm; Thursday to Sunday 10am–6pm

Tickets to Mandela will be valid any time within open hours on the day for which the ticket is purchased. Hours are subject to change. At least 30 minutes are recommended to experience the exhibition.

All patrons including children and babies-in-arms require a ticket of admission. Children under one are eligible for a complimentary babies-in-arms ticket, available at the Box Office on the day of the event.

All sales are final and tickets are non-refundable. For group bookings of 20+, to book by phone/email, to exchange to a different date, or for more information please contact us at 416-368-6161 x1 or boxoffice@tolive.com.